Serge d’Adesky is the CCM (Chief Coffee Maker) and lead author of decryptofied. In his professional life, Serge is the CEO of Northstar Strategic Investments , Inc , an Investment Advisor firm regulated by the State of Florida. 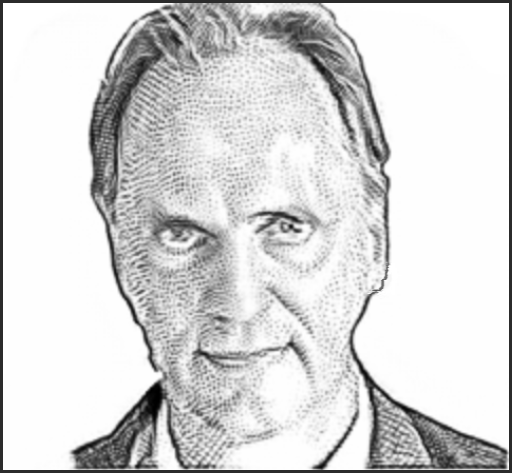 Serge’s investment background was piqued by his studies of economics at Yale University , from which he graduated in the late 70′s with a major in Political Science and a minor in Economics. He went on to get a master’s in international economics from John Hopkin’s School of Advanced International Studies.

Serge’s plunge into the fascinating world of crypto began in 2017, when his daughter Viviane asked him to provide his professional opinion of the prognosis for Bitcoin. Viviane runs her own PR firm , Plume Creative Consulting, and at the time she’d been asked by a client to evaluate that new marketing space.

Serge’s take at the time proved to be on the spot: “It’s a bubble that’s going to inflate a lot more before bursting spectacularly. When that happens, you’ll want to buy those pieces, ’cause the fun will just be getting started. “

Both the big run-up and the big collapse have happened since then. Now, Serge believes, is the time to jump in to this sector with both feet.

For his investment clients, Serge has directed more and more of his investment focus to the new emerging crypto technologies. He’s now become an avid consumer of all things crypto.

Serge believes that the developments around the world of cryptocurrencies will change the world as much as the arrival of the internet in the 90’s. Back then too, there were naysayers and doubters.

Twenty years ago critics were looking at that bizarre new Hypertext Markup Language (html) at the basis of the internet and saying: “It’s too complicated”. “It’s too arcane”. “It’s too slow”. “It’s not safe.” “It will implode.” “It cannot scale”.

But scale it did. Today’s Generation Z cannot even imagine a world without the Internet, without a cellphone permanently at their fingertips and a constant fast wi-fi connection. There is almost no area of the business or social world than has not been completely transformed by the internet.

Replace “internet” with “crypto” today, and you’ll see that the same criticisms are being leveled, and the same mind-boggling consequences will inevitably emerge.

Today, Serge is saying: ” People: crypto is going to totally, radically change your lives. You may as well go through this with your eyes wide open. “

That is the purpose of decryptofied .